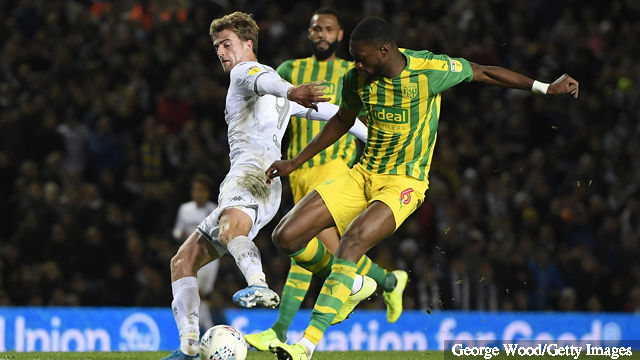 Ezgjan Alioski scored the only goal of the game shortly before the break. The result sees United overtake their opponents at the top of the Championship standings. 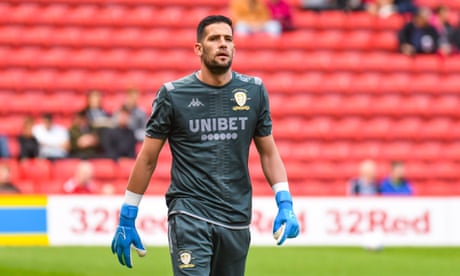 Mateusz Klich fashioned the first attempt on goal but saw Baggies’ stopper Sam Johnstone turn behind his effort for a corner.

Leeds played some impressive passing sequences in the opening exchanges with homegrown midfelder Jamie Shackleton catching the eye with some neat touches. Equally, Albion looked dangerous on the counter.

Grady Diangana burst down the left flank but he could not quite pick out Hal Robson-Kanu who was lurking in the box just a few yards out.

Moments later Robson-Kanu was put through by Matheus Pereira after a quickfire break, only for the Wales international to hit a weak shot straight at Kiko Casilla.

Leeds then broke the deadlock after 39 minutes through a brilliantly crafted team goal. They worked the ball from back to front and slipped it into Jack Harrison in the box.

It looked as though Harrison had dithered for too long but he just managed to lay it off to Ezgjan Alioski whose driven shot from the left-hand side of the box took a slight deflection off Kyle Bartley on its way into the net.

Albion looked to immediately hit back as Pereira burst forward and waltzed past a couple of Leeds defenders but could not find any strength behind his effort on goal from a few yards out.

Right on the brink of half-time Johnston made a great double save from Patrick Bamford and then Helder Costa to keep the visitors in touching distance. 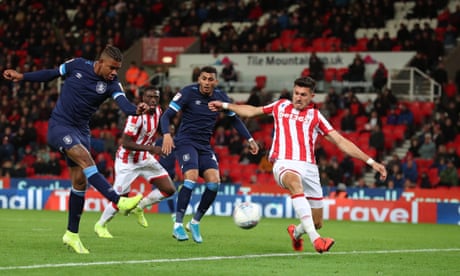 Championship roundup: Nathan Jones on brink as Stoke slip to another defeat

“I’m very disappointed with the result but I’m proud of how we played second half,” said Slaven Bilic. “We knew who we were playing and we talked about this as a big opportunity. They were more aggressive in the first half and scored a goal. But in the second I didn’t see Leeds for a long time. I think we definitely deserved one goal and I’m disappointed that we didn’t take any of these chances.”

After the break Costa made a darting run into the Baggies’ box but could not get a shot out of his feet which allowed Semi Ajayi to clear behind for a corner. Pereira then darted forward and flashed a dangerous ball across the Leeds box which just evaded the onrushing Robson-Kanu.

Albion were presented with a fine chance to restore parity from just outside the box shortly after but the impressive Pereira bent a free-kick just wide.

Having won just one of their five games at Elland Road this season, the home fans were understandably nervous with such a narrow advantage.

Costa looked to address that only to see his fierce volley well stopped by Johnstone after 65 minutes. Pereira was then denied by an alert save from Casilla from inside the box whilst down the other end Harrison brought a rasping save from Johnstone.

Despite some edgy moments late on, Leeds held on to end Slaven Bilic’s unbeaten record as Baggies boss.