Leeds United celebrated 100 years since their formation on Thursday Kalvin Phillips’ strike lifted Leeds to second in the Championship table as the club marked their centenary with victory over Birmingham. However, the game was marred by ugly scenes at full-time as Birmingham fans appeared to clash with stewards and police in the away end…. 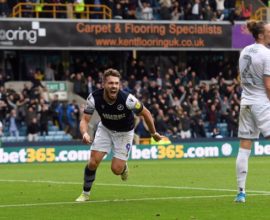 Adam Barrett joined Millwall in March 2017 as a first team development coach Millwall caretaker manager Adam Barrett says his side came through a “whirlwind” off the field to beat 10-man Leeds United. The Lions saw manager Neil Harris resign on Thursday after four years in charge, but regrouped to beat the Championship promotion favourites. “It’s been… 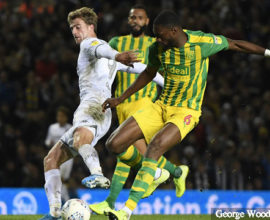 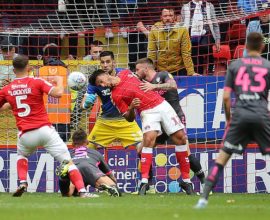 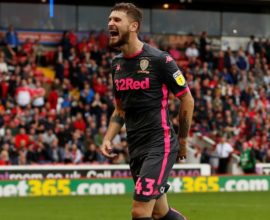 Eddie Nketiah (number 14) scored Leeds’ opener and was fouled for the penalty which wrapped up victory Leeds United went top of the Championship thanks to late goals from substitute Eddie Nketiah and Mateusz Klich at Yorkshire rivals Barnsley. With the game seemingly destined to end goalless, Arsenal loanee Nketiah crashed in from a Kalvin… 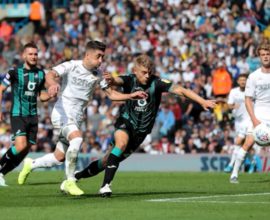 Wayne Routledge’s winner was his second successive goal for Swansea after scoring against Cambridge United Swansea City replaced Leeds United at the top of the Championship after Wayne Routledge’s late goal secured a sensational victory at Elland Road. Routledge struck in the 90th minute to maintain Swansea’s unbeaten start under Steve Cooper and inflict Leeds’…